I finally got the opportunity to go to the West Mesa Memorial this last week. It’s been up for almost a year- it was unveiled in June 2020.

I apologize for my terrible photography. I did my best to get good pictures but they don’t do the memorial justice. 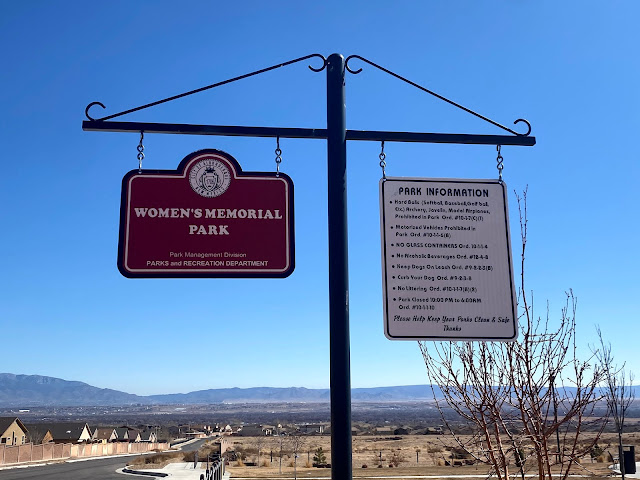 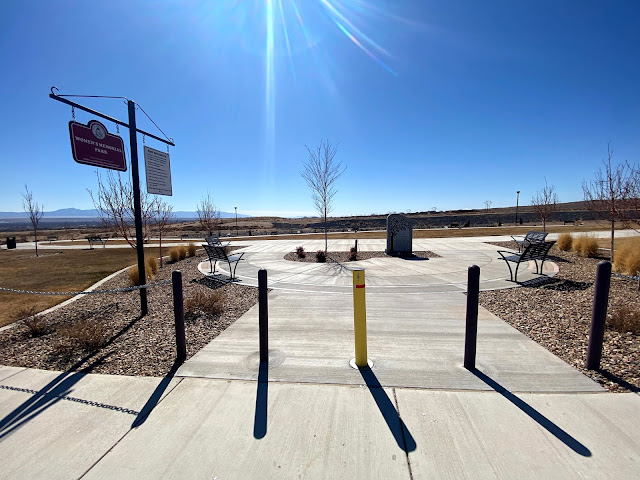 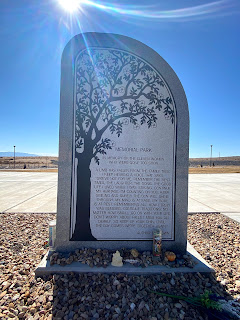 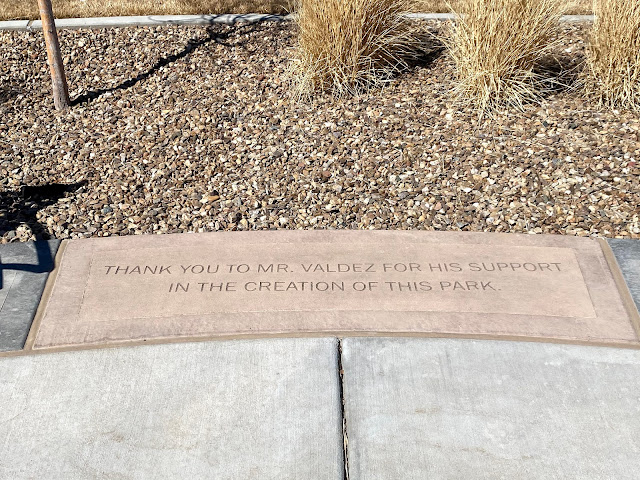 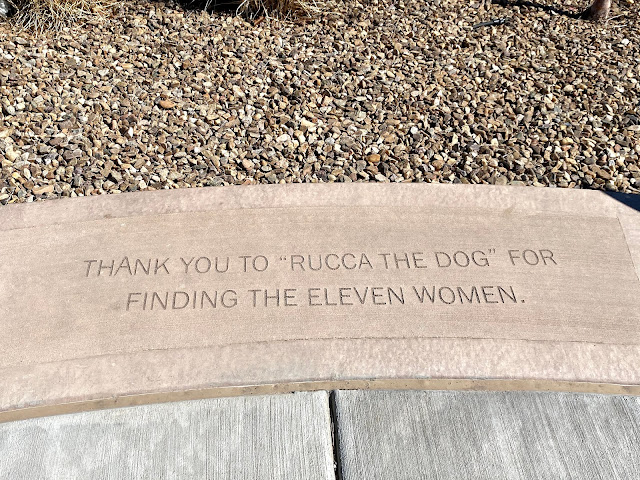 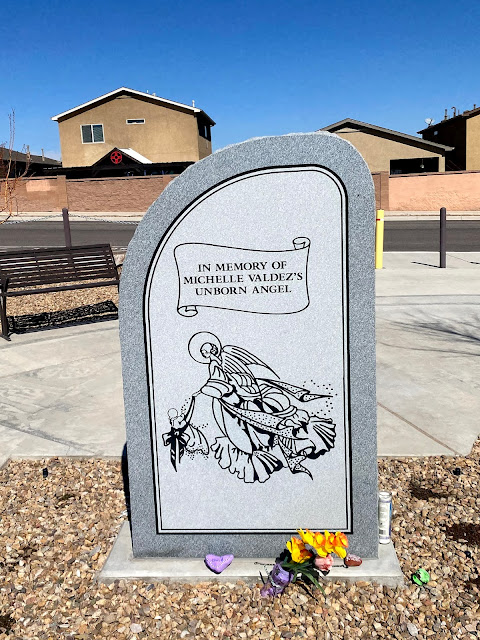 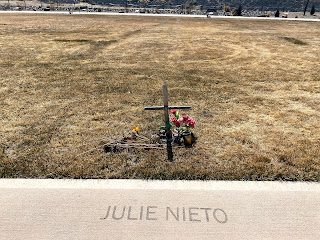 Julie was 23 when she was last seen in August of 2004. She left behind a young son, her mother, and was assumed followed in death by her sister, Valerie. 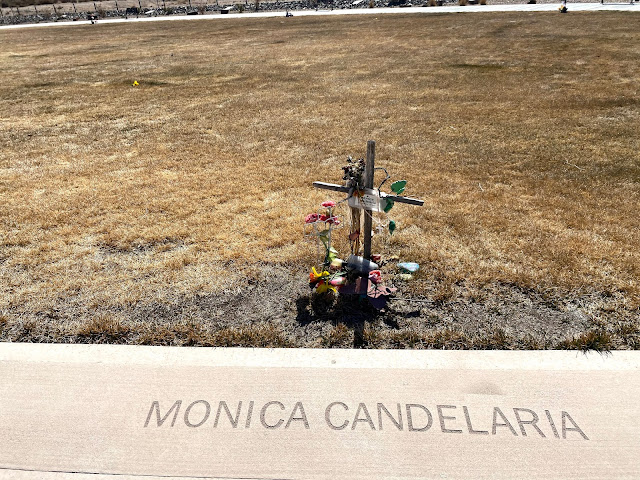 Monica Candelaria was last seen in May 2003 when she was 21 years old by Atrisco and Central in Albuquerque. She left behind a son, her mother, and a brother, as well as grandparents, many nieces, nephews, and friends. 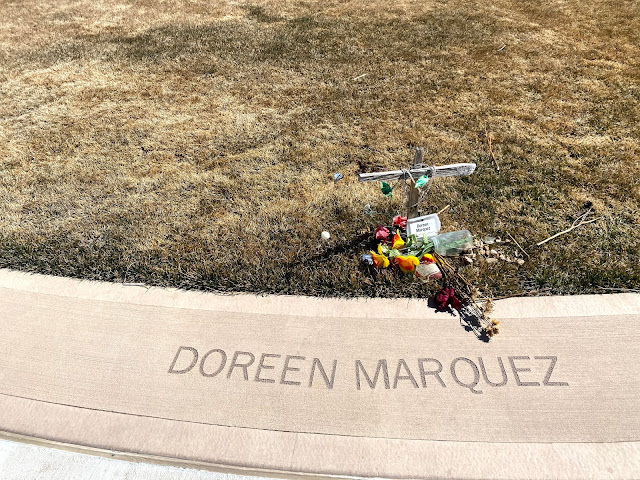 Doreen disappeared when she was 27 years old, last seen in October 2003 either by Calvary Christian Academy or in the Barelas neighborhood of Albuquerque. She left behind two daughters and a sister, who reported that Doreen had only been involved with drugs in the last year of her life. She had no arrests for prostitution. 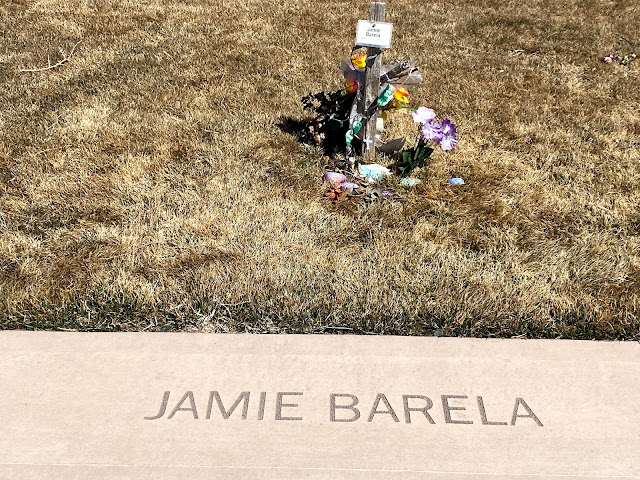 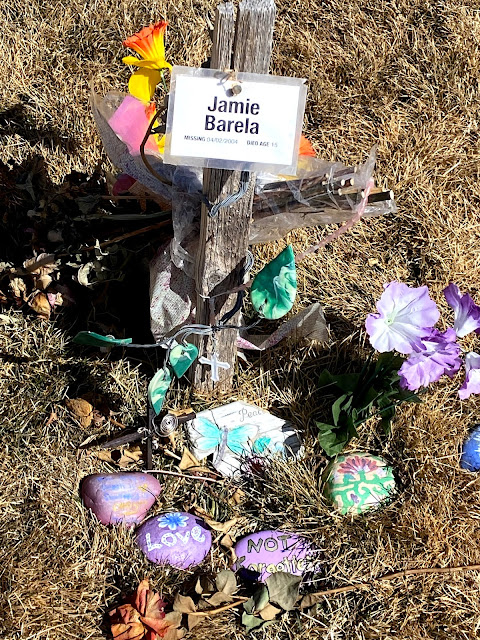 Jamie was last seen on April 2, 2004, when she left her house with her cousin, Evelyn, to go to a park on San Mateo and Gibson. (Sometimes it is reported that Jamie and Evelyn were last seen on March 26th, 2004- I’m not sure which is the correct date.) Jamie wasn’t known to have any personal connections to drugs or prostitution. She was the youngest victim, one of two 15-year-old victims, and she was the last victim to be identified. She was born on September 28, 1988. 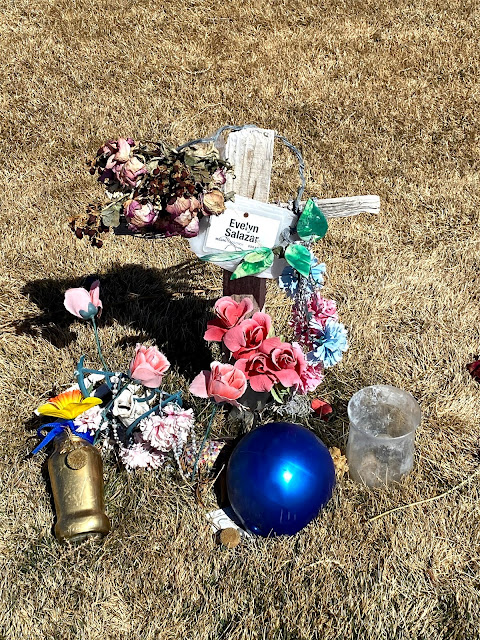 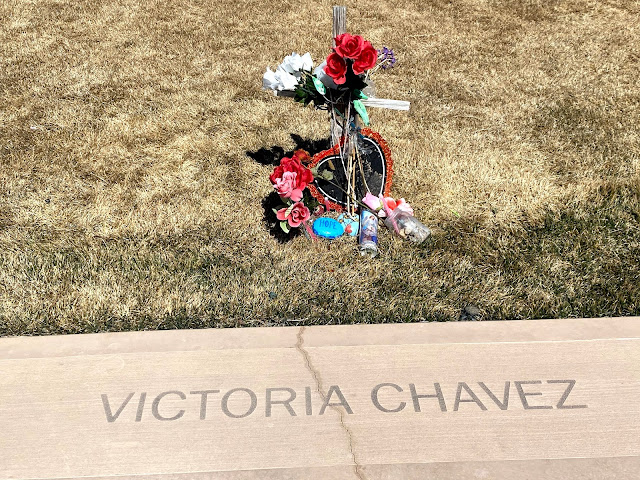 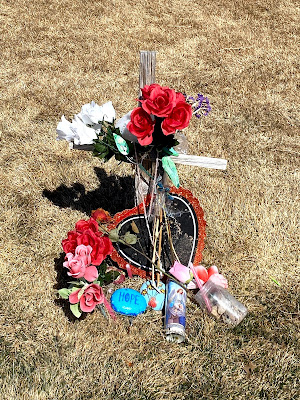 Victoria was reported missing in March 2005 after she hadn’t been seen in at least a year. She was 26 when last seen and was the first woman identified. 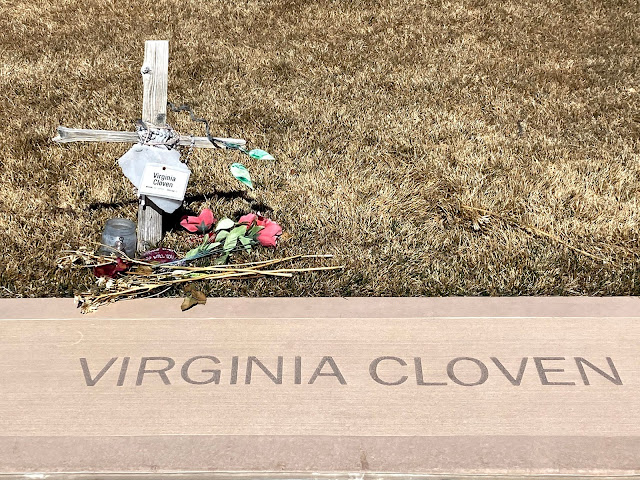 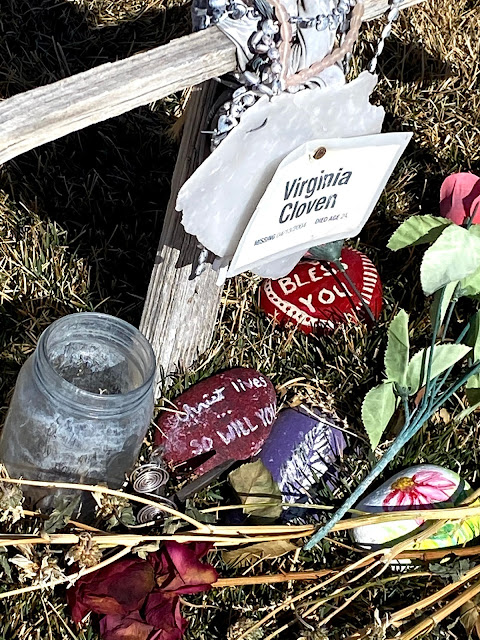 Virginia Cloven was heard from by her family in June of 2004. She had called to tell her father that she met someone and was hoping to marry him, but after not hearing from her again, her father reported her missing in October 2004. Virginia’s father passed in May of 2019, and she is survived by his wife, her brother, two nephews, and her grandmother. 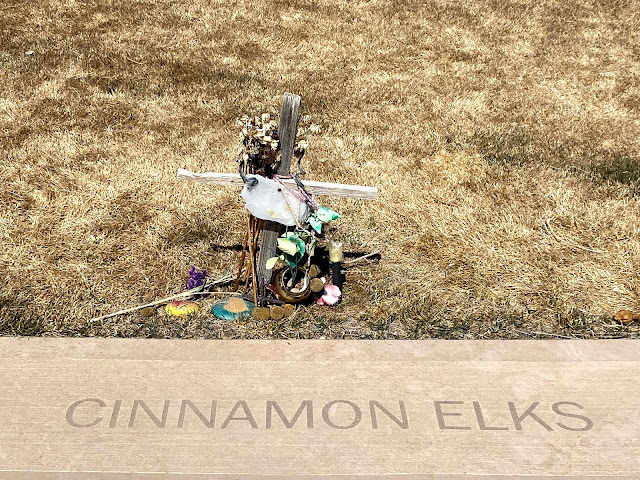 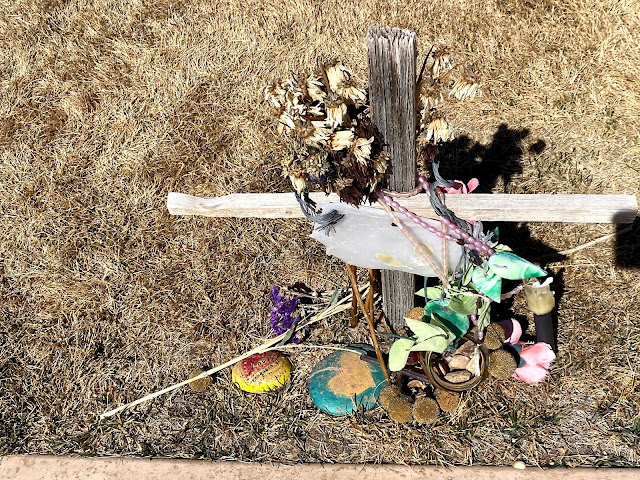 Cinnamon was last seen in July 2004. She was 32 years old when she was reported missing, after her mother didn’t hear from Cinnamon on her birthday. Cinnamon was the third victim to be identified. 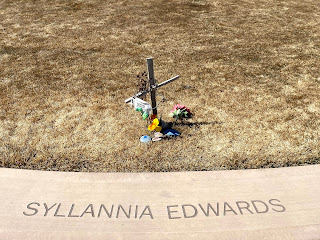 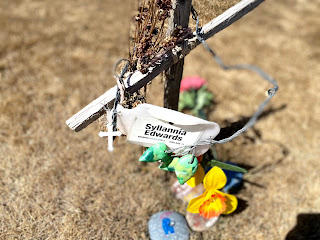 Syllania was the second youngest victim. She was also 15 years old when she went missing. She had last been seen in Denver in the spring and summer of 2004, working out of a hotel on Colfax street, going by the names Mimi and Chocolate. Although Syllania is survived by her mother, she had not seen her since she was 5. Syllania was also the only known black victim, although another black woman named Shawntell Waites is still missing. 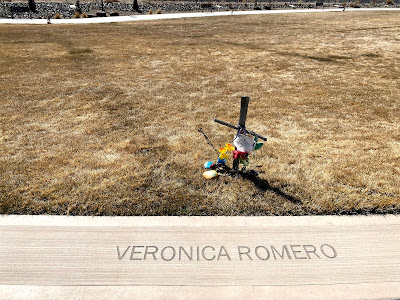 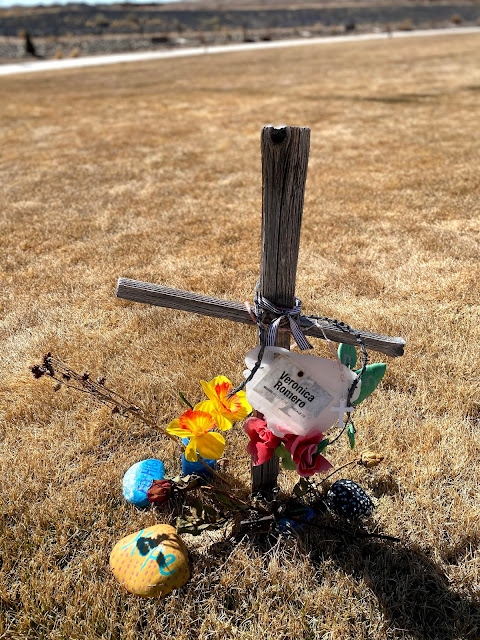 Veronica was reported as missing on Valentine’s Day of 2004, when she was 27 years old. She was survived by her parents and five children. 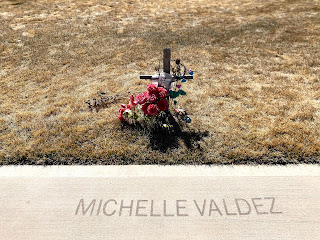 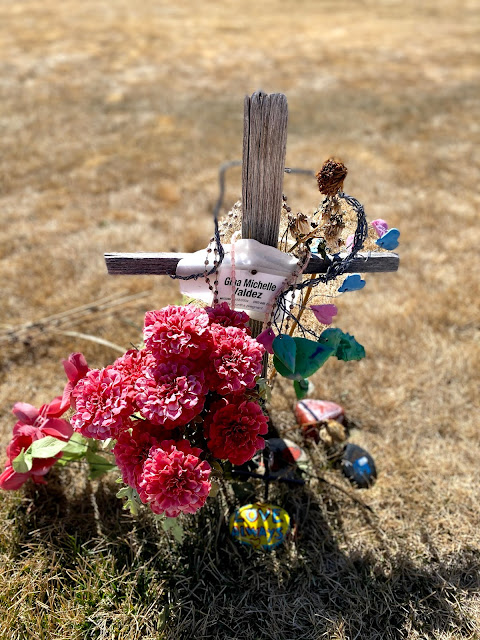 Michelle Valdez was pregnant at the time of her death. Early reports stated that she was 3 or 4 months pregnant, but the memorial says she was six months pregnant. Michelle also had a daughter and son that survived her, as well as both her parents, and two siblings. Michelle was the second woman to be identified, and the last of the deceased women to go missing, in September 2004.

Just a short ways down the road, there are parts of the mesa that look just as desolate as they did when the women were found. I really can’t capture how empty the mesa can be, especially at night. There are now neighborhoods near the park, but it can still feel very remote.

I was shocked by how peaceful the park is. I was nervous to go- I don’t want to intrude on a place meant for families to mourn and celebrate the girls and women in their lives, and I was also worried I would feel scared being in the area where their bodies had been found, even though it was 12 years ago. But there is just a feeling of closure and peace and respect, which all of these women and girls deserve. Some of them had drug addictions and had rap sheets for prostitution, but it never made them worthless, or deserving of a disappearance and murder, only to be left on the mesa. Overall, it is a very beautiful memorial to the eleven victims, but I wish they had had as much attention and help from everyone while they were still alive. 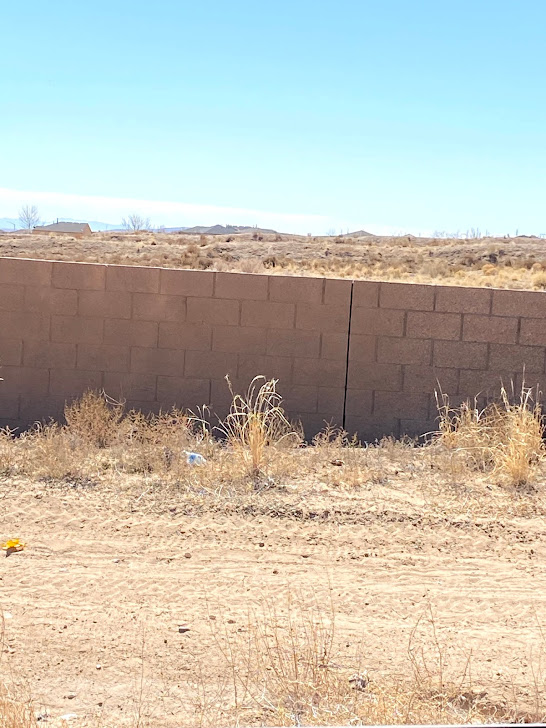