Ashley had had a very rough childhood. She and her sister Amity were adopted by their great aunt after their mother was murdered when Ashley was just 5. Ashley graduated from Infinity High School in 2008 and decided to attend cosmetology school at DeWolfe, but she didn’t get to finish working towards her dream career. Ashley loved doing makeup and fancy French braid styles. Amity said that Ashley was a strong woman who “was all about respect especially for herself. She wouldn’t say cuss words. She didn’t think they sounded attractive coming from a young lady.”

Ashley was possibly last seen in Belen, New Mexico on September 9, 2017. She had been living there with her sister and several friends after her home in Jarales, New Mexico burned down 2 years prior (likely due to arson from Amity’s ex-boyfriend.) On August 28th, Ashley got into an argument with her sister Amity and left the house, either alone or accompanied by another woman.

Ashley’s family doesn’t believe she would have left without telling anyone. At the time of her disappearance, Ashley had two young children, who lived with their paternal aunt. Ashley was supposed to be receiving custody of her two children in September but missed her court date and was not heard from after that. Amity stated that she last saw Ashley on August 28th, 2017, and Ashley was released from Presbyterian Hospital on September 16th, 2017. However, an official police report was not filed until January 30th, 2018.

Ashley did not have a phone at the time of her disappearance according to Amity.

I obtained a police report from the Belen Police Department. The report was taken by a Detective Rivera on January 30th, 2018, reported by Megan Armijo, Ashley’s niece. It stated that Ashley’s family had attempted to report her missing in both September 2017 and October 2017 without success.

“Ms. Armijo stated that Amity (sister of Ashley Rosales) had not heard from Ashley. Ms. Armijo said that Amity told her that Ashley went to Oklahoma with a Kelly _____ for a job. In Oklahoma, Kelly and Ashley were sold as sex slaves from a Corey _______. Ashley was killed and Kelly was able to escape. Ms. Armijo said she contacted the Oklahoma State Police and followed up on the house and names given to them by Amity. Per Ms. Armijo, the State Police went to the address, and did not find anything unusual.” It’s interesting to note that Kelly and Corey have the same last name and seem to be related.

“Ms. Saucedo said that Amity had last seen Ashley in September, and that Ashley had caused some of disturbance at her boyfriend’s house in Tome… Ms. Saucedo said that Ashley had then gone to Eric, Oklahoma. Per Amity to Ms. Saucedo who was with Amity last night, Amity said that in Oklahoma Ashley went out to do work with Kelly _____. Kelly did not like the work and she came back. Ms. [Kelly] may have then told Amity that they had beaten her and raped Ashley at the place in Oklahoma.

Per NMcourts.gov, Corey has drug charges pending from 2014, and a May 2021 bench warrant for lack of child support payments. He was arrested in February of 2018 for aggravated battery against a household member and assault, but the charges were dismissed. He was also convicted of battery in 2011, and sentenced to 364 days in jail, with all days suspended. For the battery charge, Corey later had 4 probation violation hearings.

Ashley is about 5’2” with brown hair and brown eyes. She has “Ashley Rosales” tattooed on her back with a playboy bunny in the center, as well as a dragon on the right side of her body, a cancer astrology symbol on the left hand, and a rose on the right. Her upper right side of her lip us pierced, as well as both her ears and her belly button.  The CharleyProject states that she also has another Cancer symbol on her foot. 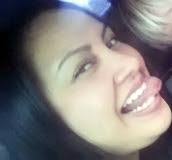 Amity says of Ashley, “She was my solid, my rock, my hero, my go-to, my everything. Ashley was the best support, sister, idol, mother, just everything I looked up to in every way.”

If you have any information about Ashley’s disappearance, please contact New Mexico Crime-Stoppers or the Belen Police Department.