In March 1975, Jim Sullivan left California and was heading for Nashville, hoping to make his career in singing or songwriting at long last. March 6th was the last time anyone saw or heard from the 34-year-old man.

Jim was born James Anthony Sullivan on August 13th, 1940, in San Diego, California. His Nebraskan parents had moved to California for work in the defense plants during World War II.

According to Jim’s own notes on his life, he grew up in a housing project with influences from several different cultures.

As a young man, he would listen to blues groups around the project and this started his interest in music. At 16, Jim, often called Sully by family and friends, got his Sears Silverstring guitar and an amp.

Jim met his wife, Barbara, when they were in junior high. Barbara and Jim seemed to be a perfect match- she a homecoming queen and he the quarterback of the football team. Four years after they began dating, the two were married in 1960. In the mid-1960s, Jim began playing in the group The Survivors, with his sister-in-law, Kathie Doran.

While Jim was in college, he and a friend bought a bar near the college and attempted to use it for income. However, the bar went broke.

“The bar went broke and I went to work with a few different rock groups, the music got louder and louder. A few years of bangin around went by. I decided to move to L.A. and concentrate on writing and here I am…”

By 1968 the bar had gone broke and the couple was moving to Los Angeles with their young son, Chris, who was 7 at the time.

In Los Angeles, Barbara went to work for an investment firm, then Capitol Records and was the family breadwinner. Meanwhile, Jim worked at finding new gigs, getting into show business, and songwriting. Jim regularly worked at the Raft club in Malibu, and performed on the José Feliciano tv show. He even appeared as an extra in Easy Rider.

Jim’s friends believed so strongly in his music that they helped gather funding for him to produce a record along with keyboardist Don Randi, drummer Earl Palmer, and bassist Jimmy Bond. The album, called UFO, was released in 1969 by the label Monnie. The album was remixed and re-issued the following year by Century City Records, with “Rosey” released as a single, but the album had minor success.

Throughout 1971 and 1972, Jim made several attempts to make his record a success, even beginning to record a second record. But as his attempts floundered, he began to drink heavily, and his marriage entered rough times. Barbara and Jim had their daughter, Jamie, in 1972. Jim also released a second, self-titled record through Playboy Records in 1972, but it also did not see the success it deserved.

Barbara describes Jim as “in turmoil” over his career disappointments and lack of success with making a career out of music. “He thought his star was going to rise a lot faster, and that’s when he really started drinking.” Al Dobbs, a friend of Jim’s, said “The albums were not going anywhere. Honestly, I think Jim was unhappy in his life.”

I have decided
to part from you as company.
Everything I have is borrowed
and you could give it all to me.
I started thinking
about those voices in the crowd
Words that started with a whisper.
It seems they’ve gotten all too loud.
Yet it finally got to me and so,
it’s doubtful that I’ll ever be
someone that you love.
Plain as your eyes can see.
Read what the signs say.
Fallin rocks are on the road.
The bridge is out you better drive slow.
I guess there’s no place left to go

-Plain as Your Eyes Can See by Jim Sullivan

In March 1975, Jim was still hoping to find commercial success somewhere in music, but he now had a 12-year-old son and a 3-year-old daughter. He knew it would be now or never to make his musical dreams come true.

So in the early afternoon hours of March 4th, 1975, Jim started the drive towards Nashville. He decided to head out to Nashville and join his sister-in-law, Kathie, and her husband, Dave. Dave was doing session work, which Jim planned on doing until he was able to achieve success with songwriting. Barbara and the children had returned to San Diego, deciding that Jim could go ahead to Nashville, and send for his family once he was settled. Jim O’Keefe, another family friend, was the last to see Jim before his trip.

I-40 had been completed from outside Los Angeles to Tucumcari, New Mexico (where Route 66 was the dominant route until I-40 was complete in 1981), so it is likely that Jim Sullivan took the I-40 route all the way from California to Santa Rosa, NM.

In the early morning hours of March 5th, Jim was pulled over by a state trooper for swerving on the road. He was taken to a police station and was administered a sobriety test, which he passed. Jim then checked into the La Mesa Motel in Santa Rosa.

Where the story becomes strange

There’s a highwaytelling me to go where I can.Such a long way,I don’t even know where I am.Such a long way …long long way.Gonna sit right here where I amand it’s easier to stay here,think I know my way hereI’m gonna lay here alright.

Though Jim got a hotel room at La Mesa Inn, according to police reports retrieved by Light in the Attic, Jim didn’t sleep in the hotel bed at all and the hotel key was found inside his room. Reports show that after checking in, Jim bought a bottle of vodka in town. 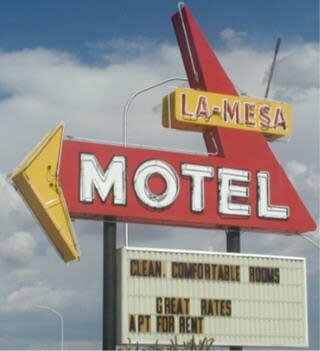 It’s unclear what happened in the intervening hours, but somehow Jim ended up at a ranch belonging to the Genetti (sometimes spelled Gennitti and Gennetti) family, which was about 26 miles away from Santa Rosa. His car was found abandoned on the ranch, with the Genetti family claiming he had walked away from it. The Volkswagon was locked, with Jim’s twelve-string guitar, his wallet, and his clothes. Copies of his newest album, Playboy, were locked inside. 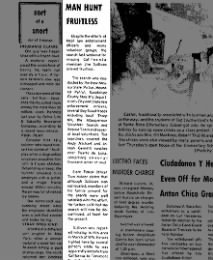 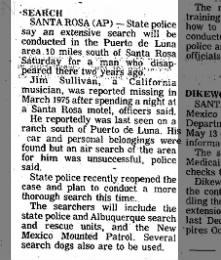 The Search for Jim

Despite searches from the New Mexico State police as well as Albuquerque search and rescue units periodically for two years, Jim has never been found.

In 2010, Matt Sullivan (no relation to Jim) of Light in the Attic records came across Jim’s story and set out to do some research on it. Matt visited Santa Rosa and asked around town about Jim. Unfortunately, despite Matt’s dedication to Jim’s story, he was never able to find any answers, only speculation. Did Jim possibly have an altercation with someone from the Genetti family? Did he just walk off into the desert? Still others think that maybe Jim had a supernatural encounter, especially considering his UFO album.

It has been 47 years since Jim Sullivan disappeared in the little town of Santa Rosa, and there are no confirmed answers. His wife, Barbara, and his two children are still alive and hope to discover the truth someday. 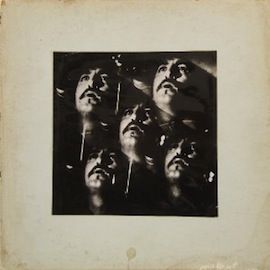 Light in the Attic Records